We all know how Adolf Hitler died, donât we? It was April 30th, 1945. The Nazi cause had been well and truly lost and both the allied forces and the Red Army were invading Germany. Cowering in his bunker, the German dictator put a pistol to his head and fired. His new bride, Eva Braun, took a cyanide tablet and ended her own life shortly thereafter. Their bodies were then placed in a bomb crater, doused with petroleum and burned.

The official story effectively ends there. By the time Russian troops arrived at the scene, all that remained of one of historyâs greatest mass-murderers was a charred lower jaw and dental bridge, which matched Hitlerâs dental records and so proved that he had indeed died, with Braun, in the bunker.

However, declassified FBI documents reveal that the organisation was actively investigating a number of Hitler sightings during the post-war period. In fact, it appears that quite a few of the powers that be were treating Hitlerâs apparent demise with understandably high levels of suspicion. These ideas gain a level of credence from the fact that the US Army was so convinced of Hitlerâs survival that they actually mounted at least one covert operation to search for him.

Conspiracy theories abound that he may have faked his own death and escaped to South America, as a number of other high-ranking Nazi party members also managed to do.

Such theories are nothing new. Hitlerâs post-war life has been postulated as taking place in locations as exotic and far afield as Brazil, Argentina and even the South Pole. In one instance, a clearly posed-for photo of a man purported to be Hitler made the news, although the facts that a) the manâs face cannot be properly seen, b) he is posing for a photograph in a relaxed and comfortable manner, something a wanted man would be extremely unlikely to do and c) he has a black girlfriend on his arm would suggest that this claim is utter nonsense.

Up until now, any theories of Hitlerâs continued survival have had to rely upon elaborate, (often downright fanciful) descriptions of Hitlerâs passage from Germany to wherever the authors assert that he ultimately ended up. Historians have exhaustively scoured travel manifests for clues (as if the most wanted man in the world would actually be listed as a passenger under his own name) and questioned scores of people who apparently knew, sighted or spoke to, an elderly Adolf Hitler. 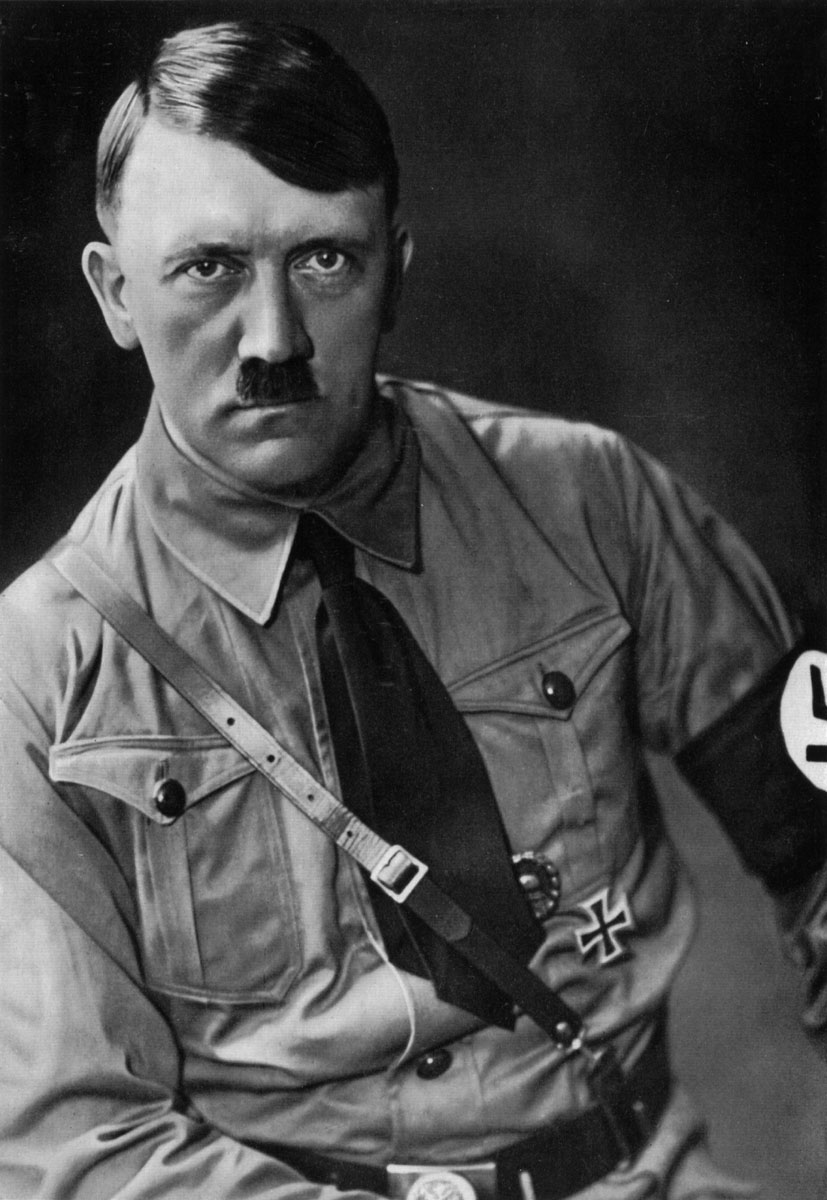 In any instance, Hitler certainly had the means, as well as the motive, to fake his own death and flee Europe. Now, new evidence suggests that, whether he actually managed it or not, escape was almost certainly an option for him.

A hidden network of secret tunnels, located under the streets of Berlin, could hypothetically have enabled Hitler to escape. According to a new documentary series commissioned by the History channel, a false wall, located in a Berlin subway station, could easily have provided an escape route for the dictator.

The team assembled for this task is of a high pedigree, among their number are ex-CIA operative Bob Baer, upon whom George Clooneyâs character in the film Syriana is based. He is perhaps best known as one of the men who helped track down Saddam Hussein. Joining Baer is Tim Kennedy, a US special forces operative who was tasked with tracking Osama Bin Laden after 9/11 and Sascha Keil, a German historian representing the Berlin Underworlds association. The team treated Hitlerâs proposed escape as a cold case in the modern sense and began a lengthy and thorough investigation into the possibility and plausibility of Hitlerâs flight from Germany.

According to the teamâs research, a great many Nazis fled Germany from Tempelhof Airport on the 21st April, just one day after Hitlerâs final public appearance. Among this exodus were eight planes apparently loaded with Hitlerâs personal possessions. Calculating an underground route from Hitlerâs last known location to Tempelhof, the team reasoned that he could have made the journey almost entirely underground, except for the last 200 yards or so. The discovery of the false wall/new tunnel, confirmed by sonar analysis, would have connected the subway station (then known as U6) with the airport, allowing Hitler and his entourage to slip away unnoticed as the Soviets marched on the capital and vicious fighting broke out in the streets.

According to The Daily Express, Keil knocked on the wall and the team scanned it after it made a hollow sound. Thus, a plausible escape route for one of the most evil men in history had been discovered. Though initially sceptical, Baer came to admit that it was entirely possible that Hitler survived the war and ended up living out the rest of his days in South America.

As the investigation continued, the team found themselves picking through the ruins of a jungle compound in northern Argentina. The location was full of Nazi artefacts, very possibly the same ones that were secreted out of Berlin in 1945.

The Hunting Hitler team are by no means the first to posit that the fascist dictator spent his final years hiding out in Argentina. Initial investigations and press releases of the 1940âs often allowed for the possibility of Hitlerâs continued survival and nobody in either the Soviet, or the allied camps appears to have been 100% convinced of The Fuhrerâs death.

In June of 1945, The Chicago Times reported that Hitler and his wife had absconded to Argentina. This was followed by a number of books, all offering variations on the same story.

The 2014 book Grey Wolf: The Escape of Adolf Hitler by Simon Dunstan and Gerrard Williams contests that Hitler lived in a small village, not far from the foothills of the Andes and died in the early 1960s. The book proved controversial, and was publicly attacked by many historians, but Argentine journalist and historian Abel Basti, who wrote the bestselling book Hitlers Exile (and accused the aforementioned authors of plagiarism) has also claimed proof of Hitlerâs arrival to the country. According to Bastiâs book, Hitler underwent plastic surgery and then became an art dealer (remember, he was a painter and an art lover).

Bastiâs intensive and meticulous research even produced alleged photos of Hitler, Braun and a daughter named Urich living in exile in the country. He also spoke with interviewees, one of whom remembers his family maintaining a close friendship with the exiled Nazi leader. According to Basti, who was interviewed by beforeitsnews.com, the Russian records present âabundant documentation that shows that Hitler had escapedâ, all of which paints a chilling portrait of the exiled Nazi leader living out his remaining days in relative peace and never facing justice for his innumerable crimes against humanity.

For now though, the most disturbing piece of evidence for this theory is simply this, why would a man of Hitlerâs ambition, drive and rampant egomania spend years building escape tunnels throughout Berlin and then refuse to use them when the time came to do so?

Of course, even if he did escape, Adolf Hitler would have died long ago. Diagnosed with Parkinsonâs disease, amongst a plethora of other ailments, he was 56 years old in 1945 and not in good health â and that was 70 years ago. So, any way you slice it, Hitler is definitely dead, which is no bad thing.